What Is The One File Every Speaker Should Have? 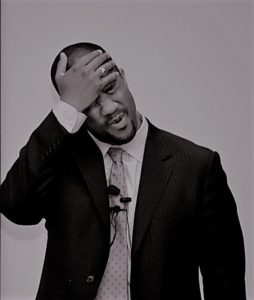 The quickest way to connect with your audience is to share your failures, flaws, frustrations, and firsts. Why? Because most people have failed, they have flaws, they’ve had frustrations, and they’ve attempted something for the first time. In other words, they can relate. Plus, your failure intrigues us because we want to see how you handled it and what tools you used to turn that failure into a success.

For the reasons mentioned above, it’s important to have a Failure File. What’s that? It’s just what it looks like. Many speakers understand the concept of having a Story File (a file where they keep their developing and already-developed stories). Some speakers understand the importance of having a Foundational Phrase File (a file where you keep your sayings and takeaway phrases), but few of the speakers I’ve met over the years have a Failure File. However, you can start one now.

How Can You Start Your Failure File?

Instead of trying to bit off more than you can chew, I suggest starting your Failure File with three of the biggest let-downs or failures you’ve experienced in your life. These should be YOUR failures, not the failure of someone else. Here are some questions that can help spark some ideas:

Surely if you ask those questions and really ponder them, you will be able to come up with at least three stories that you can immediately put into your Failure File.

Your Failure File Should Always Be Under Construction

Here’s an example of a one-minute story that’s in my Failure File that I have not used much (and it is barely developed) but I will develop and use in the future:

The Good News is…

One fantastic advantage to being a speaker is that you won’t mind failing because you know it will turn into one heck of a story. Some of my best stories have come from my failures. In fact, whenever I am upset about something I’ve failed at, I make sure I write down what happened and how I’m feeling because I know, chances are, it will show up in my speech.

On October 12th of 2013, I was coaching my son’s travel basketball team for their first practice when I went up to demonstrate how to shoot a layup. As soon as I jumped, I heard my knee pop and I ended up falling flat on my back as all the 3rd and 4th graders watched. I couldn’t move so the ambulance had to come take me to the hospital. Keep in mind this was their FIRST practice! On my way, as I rode in pain on the stretcher in the back of the ambulance, I remember thinking, “This will make a great story one day. Not today! But someday.” It has since gone into my Failure File.

One year from now, how would you like to be 3 times better than the speaker you are today?

If so, visit my FREE program http://www.52SpeakingTips.com

In addition, if you are very serious about becoming a profitable professional speaker, make sure you visit my other FREE video program http://50speakingsecrets.com/. It’s half as long and twice as strong as the original tips. Together, both of these FREE programs can help you become the speaker others sign up and line up to see.