How to Test Your New Speaking Material 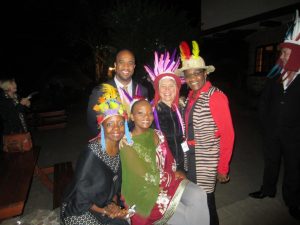 If you want to thrive in speaking and continue to get opportunity after opportunity, that’s as easy as ABC. ABC stands for…

Resting on your old material will eventually make your speeches go stale. Creating new, fresh material is a pathway to creating speeches people talk about for years and getting hire time and time again.

Below are 6 Tools for Testing your new Material.

Believe it or not, you can test your material out in a real speech (even one that people have paid to see). But heed the following Tools when you do.

1: Don’t make it the first thing you say

People remember best what they hear first and what they hear last. If you make your new material the first words you say in your speech, you risk starting out in a deep ditch. The best way to integrate new material is to mix it in after some of your proven material. That way you will already have a connection that can withstand a temporary short in the circuit.

2: Test at least Three Times before you Make a Decision

Before you decide to keep or throw away your new material, make sure you test it at least three times. Why? Because each audience is different. Just because it doesn’t work for one audience does not mean it won’t work for a different one. Don’t give up after the first try. You might simply need to change something about the content or the delivery.

For example, I had been telling my KFC story for a few years but I noticed the laughs were not arriving as hard and strong as they used to. Then I figured it out. Listen to how I tell the story now and then you’ll see what I did to make the difference (71 seconds).

Well, I figured out that I didn’t have to say “I was confused…” I could simply show that on my face. As a result, right after I deliver her line, I immediately say “Do you have large thighs?” This brings the laugh back to a high level. This also brings me to my next tool.

The ONLY way to know if your new material will work is to test it with your audiences. One of my goals when tweaking is to always see how I can make the material shorter. For example, in the KFC story, it got shorter as I took out that unnecessary narration. As you continue to test it, look for ways to follow this delivery maxim:

Don’t say it if you can show it”

4: Play with your Points

Test your story by letting it make different points. See which of those points connects best with your audiences. Your point might end up being different than you originally thought. For example, here is a new story I started telling recently. I tried several different points until I ended up with the point of “Never stop asking questions.” Take a listen (81 seconds).

When I began telling that story, I tried other points such as “You’re never too old to go for gold” and a couple of others. The “Never too old…” Foundational Phrase can certainly work for some audiences. However, with the life-long learning and professional development-centered organizations I’ve been speaking to, “Never stop asking questions” fits well because I can tie it to learning. Try various points and see what fits.

5: Test it with Friends

Many speakers think they have to wait until they get on stage to test out their material. Well, guess what? Shakespeare was right. “All the world’s a stage.” You can test it anywhere. I particularly like testing my material with friends and family in regular conversation. They are audiences too! No, I don’t say, “Fellow friends and family, I have a story to tell.” But, I might say to my friends, “You won’t believe what my son said the other day…” And then I’ll see how they react to the story.

In fact, my wife and I shared this equestrian story with my kids’ track coaches, my parents, my wife’s parents, and a few friends before I ever took it to the speaking stage. Everyone laughed so I knew I had something worth continuing to test.

6: Take out the Irrelevant Parts

Finally, when you continue to test your story, remove parts of it that are not necessary. For example, here’s the more in-depth story behind the equestrian story.

My wife, son, daughter, and I were in Houston, Texas as my kids were competing in the AAU National Track and Field Championships in August. We were watching the television in the hotel restaurant when we saw the story about the 74-year old equestrian competing in the Olympics. As we watched, my 7-year old son literally said this word for word, “What I want to know is how old is the horse?” My wife and I immediately cracked up laughing and couldn’t stop.

Now let me ask you a question? In the audio above, was anything about Houston in my story? No. Was there anything about my wife and daughter being there with me? No. Did I mention anything about the National Track and Field Championships? No. Why? Because as much as I love my wife and daughter (and I’m pretty fond of Houston too), they’re not relevant to this story. Heck, I even cut my son’s line down to “How old is the horse?!” Knowing what to keep in and what to keep out empowers you to keep your story short.

The phrase determines what stays.”

If your content supports your Foundational Phrase, keep it in. If it doesn’t, keep it out. In this case, nothing about Houston, or my wife, or my daughter helps support the phrase “Never stop asking questions.” But my son’s statement (and my additional research of the equestrian) gives me the content I need to support my phrase. The phrase determines what stays.