A Must for Speakers – How to Create Unforgettable Scenes 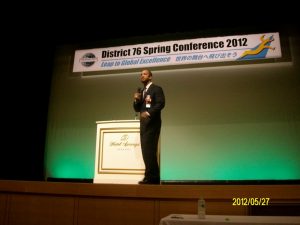 If you grasp the process in this lesson, your audience members will have no choice but to be wrapped up in your stories feeling like they were there when the stories took place.

The Importance of the Senses

When you create a scene, it is important to engage your audience members’ senses. Why? Because you want them to feel like they were there…like they saw what you saw, heard what you heard, and felt what you felt. Many speakers understand this but even many of those speakers violate this process one way or another. I know I used to.

The process is called Checking the VAKS and there are certainly some dos and don’ts when it comes to using this process. Let’s explore the process and then look at the mistake many speakers make when using it…or should I say abusing it.

VAKS stands for Visual, Auditory, Kinesthetic, and Smell. When you invite your audience members into your scene, you want to make sure that at least some of these VAKS are present. Listen closely to this 18-second audio clip and see if you can point out the VAKS.

What could you see in that scene?

What could you hear in that scene?
Answer: You could hear my wife. That is why I specifically used the word heard so that I could reach the auditory learners.

What could you smell in my scene?
Answer: The cookies. In fact, you might even have been able to taste them, which of course is another sense. I checked the VAKS in this story. Make sure you do the same with your scenes.

Why Should You Check the VAKS?

One of the reasons checking the VAKS is so important is because your audience members learn in different ways. Some are primarily visual learners. Some are primarily auditory. Some are more kinesthetic, meaning they need to feel like they’re experiencing it. Also, the sense of smell brings back memories more effectively than any other sense. So check the VAKS but…

Here are 3 Important Caveats about Checking the VAKS

What did you notice about the time it took me to check the VAKS in my scene? It was short, wasn’t it? We’re talking about fewer than 10-15 seconds to set that scene and invite my audience into it.

Make sure you set your scene quickly so you do not take away from your story. If you drone on and on about the VAKS, you will lose your audience because you will not get to the conflict (the hook) of the story fast enough.

I’ve seen speakers check the VAKS way too long by saying things like, “As I traversed across the countryside and the leaves crumpled under my feet and the flowers blossomed and touched the tip of my nostril tendons…” I’m like, “That’s not a speech, that’s a novel!”

This is just my opinion but I don’t think you should use words in your speeches that you don’t use in your everyday conversations. Why? Because it’s inauthentic. It’s not you. Speak like you talk.

Caveat number one is to check the VAKS quickly so you can move on with the story and keep your audience’s interest.

In addition to the length, also try not to make the VAKS too poetic. In a speech, your language should once again reflect the language you would use when talking to a friend.

Don’t force the VAKS. Even if you only give 3 of the 4 VAKS when you set your scene, you should be in good shape. Don’t force it.

For example, if there’s no distinct smell, don’t force the smell. After all, sometimes the other cues will provide clues and you won’t have to specifically refer to the smell. For example, if I said, “It was in the middle of a horse farm,” a smell will probably already pop into your mind. Don’t force any of these VAKS.

Do you have a scene you’ve created? If so, please feel free to share it here. People remember what they see so I look forward to being brought into your visual scene.