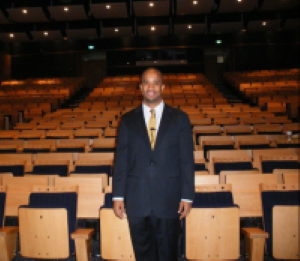 Waiting for my audience to arrive

You have to find ways to keep hooking your audience in so THEY don’t want to let go.

Below you’ll find 7 irresistible hooks (in no particular order) that get your audience to say, “Please tell me more” or “What happened next?!”

Listen to how I use the Attainment Hook in this audio.

The Attainment Hook is just how it sounds. You simply let the audience know what they can attain if they pay attention to what’s coming next. Think “results-based.” I mention that they’ll be able to make a deeper connection than they ever have before. That’s certainly something they want, but I make sure to tease them before I tell them. Don’t give it up too soon. Make them wait for it and really want it.

Here’s an example of an Avoidance Hook. I tell a story about a speech I gave in Michigan when I failed miserably to the point where the meeting planner couldn’t even look me in the eyes. Then I say to my audience of speakers, “This is something you should not have to go through and you won’t if you listen closely.”

Listen to the following example of me using the “Most People” Hook.

That’s the effect the words “most people” have on people. For example, when I say, “Most people live their lives on get-set,” I know my audience is thinking, “That WON’T be me! Not anymore.”

Because “most people” are two very persuasive words in the English language, my audience members get motivated to “go” rather than live on “get-set.”

I tell a story about how excited I was to meet my speaking hero. The only problem was, when I approached him, he said nothing back to me. That silence in the story becomes a hook because my audience is hungry to hear what he is going to say and then, when he doesn’t say anything, they’re ever hungrier to see what I’m going to do about it. The silent moment becomes the hook.

The problem with some speakers is they rush through the silence thereby making the potential hook much less effective. Take your time, dance in the silence, and watch your audience move to the edge of their seats. Remember…

You can’t rush and resonate”

The key is that the first statement hooks them in to want to know more. The rest of the story clears it up and answers their questions.

When all of your hooks are done, your speech is over whether you know it or not.