6 Ways to Be More Likeable as a Speaker 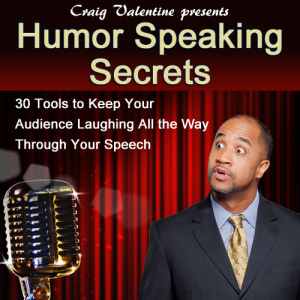 Can you become more likeable as a speaker?

Can you become more likeable as a speaker? I believe so. When I first started speaking in 1998, I don’t believe I was very likeable. Why? It’s because my goal was to finish the speech rather than to create an experience for my audience.

In fact, I could give my speech the same exact way whether I was alone or in front of an audience. That’s terrible, because it means I wasn’t feeding off of my audience or letting them feed off of me. There was no true exchange of energy.

Once I made the internal shift to focus more on my audience than on completing the speech, I immediately became more likeable and I connected on a deeper level.

Although the internal shift is critical, the following 6 ideas can also help you become more likeable so that your message travels deeper and you develop meaningful relationships along the way.

Note: Not every speaker wants to be likeable. Some speakers have actually built a niche by being hard on their audiences and giving them tough love. There’s nothing wrong with that. Even for those speakers, I believe the 6 keys below can be beneficial.

People don’t like to be told about themselves. So often I see speakers make statements like, “We all have made bad decisions in life…” That turns people off and some actually think, “You don’t know me. How can you tell me I’ve made bad decisions?” Even though we KNOW they have, we can’t tell them they have. It’s much better to ask.

If all a speaker does is share his successes, what do you think the audience members will think? Eventually they’ll probably think, “This guy is arrogant.” However, they might also think, “This guy is special. Of course the tools he is sharing work for him…it’s because he’s special. But they won’t work for me.”

The key as a speaker is to take yourself off that pedestal and share your failures, flaws, and frustrations. When you do that, your audience will think, “Wow, he’s failed too? I have similar flaws.” In other words, they’ll realize you are similar rather than special. As a result, they’ll believe, “Hey, if HE can do it. I can do it too.” This leads to them following your advice or tools or recipe.

Oh, and remember, it’s completely okay to share your successes too. Just make sure to mix in some non-successful moments too. When you share your failures, your audience will end up rooting for you when you get to the successes.

When you lift yourself up, you let your audience down

Likeable Tool #3 – Have fun at your own expense

Be willing to poke fun at yourself. I often begin my speeches by poking fun at myself through the words of my daughter. I read a note she wrote when she was 6 years old that said, “You are the best daddy in my whole family.”

This lets my audience know that I’m not taking myself too seriously even if my message is serious. I’ve found that my audience members begin to laugh and speak up and connect with me because they know it’s all in fun. Poking fun at myself also allows me to poke good-natured fun at them too. This turns a speech into an experience that people can talk about long after I leave the stage.

Two weeks ago I spoke at a conference in New York inside of an old mansion. It was an awesome environment. About 60 seconds into my speech, I noticed one of the camera operators was following me very closely. When I went out into the audience, he followed me and was literally one step away with the camera pointing at my face. So I stopped in mid-sentence and turned my head to stare at him in a lighthearted way. The audience broke into a huge laugh and that was the break-through moment that connected me with that audience for the rest of the day.

Most audiences don’t want to hear canned speeches. If you can use the environment to your advantage, it’s almost the same as customizing your message because your audience believes, “Well, this certainly has only happened here.” That’s crucial. So much of what I do in customizing and tailoring and using the environment is to get the audience to think, “This is fresh and has only happened here.” That makes the event special for them and for me.

Likeability Tool # 5 – Listen to your listeners

Always remember that your audience wants to be heard too. People buy- into what they help create. Some speakers give their speech like I used to…the same way whether the audience is there or not. It’s important not to think, “Speech,” but think, “Experience.”  When you include them, they have an experience. Here’s a 60-second example of my audience and me feeding off of each other so that they are heard too.

I have a secret. I’m an introvert. That’s right, in my case I would rather be with a good book than with good people…much of the time.

Whether you’re an introvert or an extrovert, it’s important to remember that even when your speech is over, it’s not really over. You are still on stage. It doesn’t matter what you say on stage if, when you come down from it, you don’t give people the time of day. That’s what they’ll remember. Actions speak louder than words.

I often run into audience members in the airport on my way home. Guess what? If they have questions or want to chat, I do it. Why? Well, for one thing, it’s the decent thing to do. Also, you never want to destroy a connection you established with them. Finally, I truly believe in the importance of going above and beyond what we promise in terms of providing value.

What are some other ideas you have for becoming more likeable as a speaker?