5 Rehearsal Rituals for a Remarkable Speech 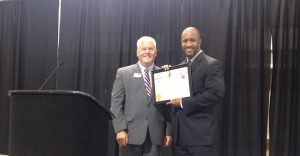 Recently I have received many questions from my speaking students regarding rehearsal. They say, “Craig, how do you rehearse? It seems like you really feed off the audience but you must rehearse, right?”

The answer is yes. I rehearse. In fact, the main reason why I rehearse is so I can feed off my audience while still staying on track with my message.

So instead of just explaining what I do to rehearse, I came up with another idea. I figured, “Why don’t I simply invite you to a behind-the-scenes peak at my rehearsal?”

Welcome to My Rehearsal

So here’s what I did. Five years ago I had a speech scheduled for Sioux Falls, South Dakota, and I decided to record my rehearsal. Instead of sharing the entire rehearsal with you, I’m only going to share two quick 90-second segments. So here’s the layout of this post:

When you listen to the clips, you’ll undoubtedly hear some differences. However, the message will be the same and the differences you hear will be me reacting and responding and feeding off of my audience. Click the play buttons below to hear the clips. Afterwards you’ll see 5 Guidelines you should consider following when it comes to rehearsing your speech.

Ritual #1: Do not look into a mirror. Why? Because your speech is not about you. You wouldn’t look into a mirror when you’re actually speaking to your audience, would you? Then you shouldn’t do it during rehearsal. Rehearsal should mimic the actual performance, so make it as similar as possible. If you want to see what you look like, then record yourself on video and watch it once you finish.

Ritual #2: Imagine your audience is in front of you. It’s not enough to just practice knowing your words. It’s important to really see your future audience members. What are they doing? How are they reacting? How will you respond to their reactions? Who are you looking at and when? Where are you moving and when? This is what I call speaking your way into speaking. Believe it or not, some speakers think rehearsal is sitting down and memorizing your speech. My belief is that you should not sit down and memorize; you should stand up and internalize. You do that by rehearsing as if your audience is really there.

Ritual #3: Do at least one mental rehearsal. This, more than any other ritual, has been the most effective and meaningful to me. Here’s what I do. I close my eyes and go through the entire presentation in my mind. I see my audience and feel them around me. I mouth the words and make it as realistic as possible. This process is so powerful for one major reason: Once you arrive on stage, you’ll feel like you’re at home. Why? Because you’ve been there before.

Ritual #4: Don’t look for perfection; look for connection. If you stumble over words or do something that’s not 100% correct, don’t worry about it. It’s not about perfection, it’s about connection. Just keep moving on. Chances are you’re the only one who will notice anyway. Plus, perfection is boring. This guideline goes for the rehearsal and for the real speech.

Ritual #5: Exaggerate whatever needs work. For example, if you don’t pause long enough after making important statements, then really exaggerate the extended pause in rehearsal. Or if you constantly speak at the same energy level (or pace or volume, etc.), exaggerate your contrasts. If you exaggerate it in rehearsal, even though the adrenaline of the live performance has the tendency to make you revert to your old ways, you’ll be sufficiently stretched enough to fix the flaw.

What is one of your rehearsal rituals? I’m very interested to see the different ways people rehearse…IF they rehearse.

I have no doubt that you heard some differences between my rehearsal sessions and my live speech. They probably included a different energy, pace, and even slightly different content. This is because nothing can replace the live speech. However, you should try as hard as you can to make your rehearsal sessions as similar as possible to your live speech. That means pretend you really are with your audience. That way, once they do finally show up, they won’t have to pretend they’re really are with you.