4 Seldom Used Ways to Uncover Humor in Your Speech 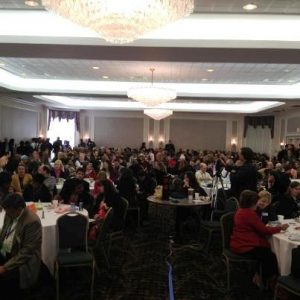 My audience in Chicago recently

If you’ve been following my lessons for any length of time, you probably know I am a huge advocate of using dialogue to uncover the humor in your stories and speeches.

However, there are also other ways to bring forth the humor. If you use these additional ways, you will not only make them laugh, but you’ll also deepen your connection.

Here are 4 seldom used ways to uncover humor in your speeches.

Way #1 – The Look Before, During, and/or After the Line

It’s often not the line of dialogue that makes the story funny. It’s the expression you give before, during, and/or after the line that makes them laugh. For example, listen to a 1-minute section of my car story I gave recently in Chicago.

After the car salesman said, “You’re going to look good in that one,” what facial expression do you think I gave that made my audience laugh?

After the line, I looked up as if to say, “Oh yeah?! Awesome!” It’s not the line but the look after the line that made it work. How do I know this? Because I used to just give the line by itself and I would only get a tiny bit of laughter. The look leads to the laugh.

Think back to the 1-minute segment you just heard. I had delivered that story for years without using the tag-on line of “I was lonely in that car…just me and my payment.” That payment line only came in the past few speeches. So even if you’ve given a story for years, still look for possible tag-on lines to bring forth more humor.

Another example from that story involves what I said after the line, “Young and single and looking to mingle.” I looked at a young guy in the audience and said, “Feel free to use that one.” That was a tag-on line as well and it uncovered more humor. Tag-on lines are great because they extend the initial laugh and create more fun for the audience. Those two tag-on lines gave my audience 7 laughs rather than 5 laughs in that one-minute section of the story.

Way #3 – Responding to their Reactions

Recently I spoke to Texas A&M University. The look one of the students gave me during one of my stories brought me to a realization that I used to uncover humor. Listen to this 20-second clip for yourself.

As a speaker, when you constantly watch your watchers and listen to your listeners, you will easily find little (and sometimes big) laughs here and there.

These were the three lines I knew I’d say to whoever volunteered.

Those are three lines I use all of the time. That’s the planning part. However, I usually can uncover more humorous moments that are truly spontaneous and unexpected. So can you.

How did I know those lines would uncover humor? History.

What gets recorded gets rewarded. Keep recording your speeches and make sure you go back and listen to them. This history will help you uncover more humor for your speaking future.

Humor turns a speech into an experience for your audience. Hopefully you will give at least one of the ways above a try very soon.

If you have additional ways to uncover humor, please feel free to comment. I’d love to hear them.