15 Delivery Tools to Make a Greater Impact with Your Audiences 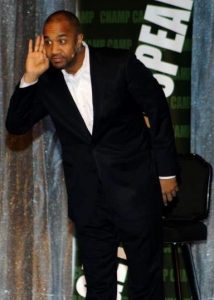 A great message delivered poorly becomes a poor message. Here are 15 delivery-related ideas that can help you connect with your audience deeper than you’ve felt before.

ONE: Take a Deep Breath. Believe it or not, taking a deep breath when you speak gives your audience time to digest what you’ve been saying and makes them anticipate what you’re about to say. Think about it. In a normal conversation, if someone takes a deep breath before saying something, what do you think? Usually you feel that something heavy is coming, right? Well, you can use that to your advantage onstage. I’ve used it regularly and it almost becomes its own transition between a point I’m leaving to a point I’m about to begin.

TWO: Put Your Face in the Space. Your facial expressions are more important than all of your arm and hand movements combined. The eyes are indeed the windows to the soul. What you do with them can make or break your entire speech. After all, it’s not the line, but the look before and after the line, that makes the line work. Use the space between your lines. Put your face in the space.

THREE: Use your character’s gestures. Keep in mind that speaking involves utilizing captivating stories to make your unforgettable points. Each story has its own characters and each character probably has his or her own way of gesturing. When you take on the role and persona of that character, you should use his or her gestures…not your own. While rehearsing and remembering your story, consistently ask yourself, “How did this character say this?” Feel free to exaggerate a bit to bring the character to life.

FOUR: Don’t Travel Too Far Between Your Characters. I see many speakers give a line of dialogue from one character to another and then take a step or two all the way to a completely different spot on the floor to give the response from the other character. That’s not necessary. If you turn your head slightly, that indicates that the second character is now talking. Of course, it helps to use a bit of narration such as, “…and he looked at me and said, “Get outta here” when you pivot or turn your head.

FIVE: Let the emotions drive your gestures. The emotions in your story and in your points will drive your gestures. If you are under the influence of your own emotions (as Dale Carnegie said) while telling your story or making your point, the appropriate gestures will come. It will be effortless. Think about it. When you’re really angry at someone or something, do you have to think about what gestures to use? No, they come automatically. If you build the emotion, the gestures will come.

SIX: Gesture 360 Degrees. Many speakers gesture in front of themselves and on the side. Effective speakers realize there is an entire area around them and they utilize it. Feel free to gesture down for the lower dimension. For example

SEVEN: Scan and Stop. When I’m having a conversation with my audience (and I’m not in one of my stories), I like to scan the room with my eyes until I come to my Foundational Phrase or something else that’s very important. At that time I stop and look directly at one person and give a phrase such as, “Put the result before the request.” I hold that person’s gaze for the entire phrase and then I move back to scanning.

EIGHT: Take Off the Spice. One of the most powerful tools I learned late in my career (when I was more than a decade into it) is to take off the spice. In my case I had to unlearn what I learned when it came to projecting my voice. I thought you always had to project and have high energy. The reality is that gets tiring for your audience. Instead, there are several times in a speech where it’s important to stop projecting and stop being dynamic. Instead, just speak monotone (yes monotone) to let that space breathe. Then, after a bit of this, you can get back into a compelling story and your audience will be right there with you.

NINE: Don’t use the same gesture over and over again. This is evidence of a habit and most likely distracts from your presentation. One of the best ways to fix this is to video record your presentation and watch it with the sound off and in fast motion. I learned this from Ed Tate, the 2000 World Champion of Public Speaking. If there is any repeating gesture, you will definitely see it when you watch the video in this manner.

TEN: Look, Leave, and Lean. It’s very effective to be inside of one of your stories and then look at the audience and temporarily leave your scene by leaning out of that story’s space on the floor. I like to do this when I ask a question. For example, I have a story where I say, “The doctor walked in with his white coat and glasses…[taking my eyes off the scene and looking into the eyes of my audience, I physically lean out of the scene a bit towards my audience as I continue]…now raise your hand if you have kids? Great, then you know the doctor is going to measure what?” Once they answer, I step right back into my scene and my eyes go back the character I’m speaking to and not to my audience.

ELEVEN: Watch out for your resting position. This is the position your hands fall to when you’re not using a gesture. For example, my hands used to fall together in front of me with my fingers interlocking. It was distracting.

THIRTEEN: Use an open hand. It’s better to point to your audience with an open hand rather than an index finger. It’s less threatening and more inviting. The open hand is also effective when calling back to spots on the floor as you revisit the points, characters, and stories you previously used.

What have you found to be important and effective regarding delivery?